Say One Thing and Do Another: Dealing with Passive-Aggressive Employees 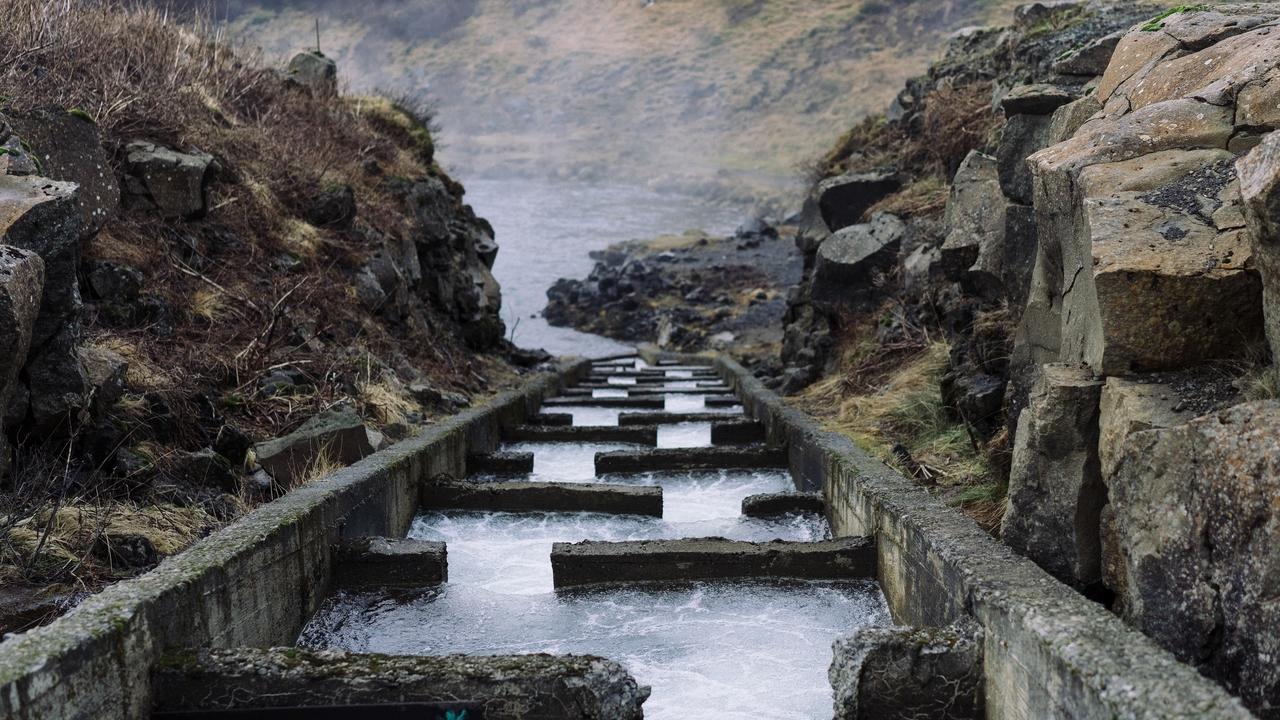 Have you seen this behavior in your workplace recently?

These are perfect examples of passive-aggressive behavior.

I don’t think passive-aggressive behavior has a place in any work environment, but I see it all the time. We’ve all grown up, supposedly, but we hang on to childish behaviors we honed on the playground.

Why do people act this way?

The majority of people who exhibit passive-aggressive behavior have a negative reaction to something--a topic, a task, a person, something. They don’t like something. And they have been taught, culturally or maybe by their families as they grew up, that conflict is bad. They believe it is easier to agree, to say yes than to say no.

Most of us carry some of this baggage around with us. We feel it is more acceptable to defer your feelings and in the moment claim that it’s all “great” and “I’d love to work on this” than say, “I don’t think we are putting more resources towards the right projects right now; we need to take a hard look at whether we are wasting time on something that won’t get us to our numbers.”

Passive-aggressive people have been perfecting their behavior of skirting around things for years, maybe decades. And most of them haven’t been called out on their behavior. What started with a silent grumble when they were displeased years ago maybe a big, heavy, audible sigh now, accompanied by a roll of the eyes.

These individuals haven’t been coached to change what they’re doing or to stop it altogether.

Humans do what is easiest, what takes the least amount of effort, and what makes us feel good.

Hence, the silent grumble is now the big sigh, the rolling eyes, the biting sarcasm.

Your role as a manager is to address the behavior that has been ignored--or tolerated--in the past.

If you recognize passive-aggressive behavior in one of your team members, I want you to act fast. You can’t risk letting it go and allowing other team members to think it's an effective way to communicate with anyone.

Here are three tips to counter this behavior.

#1. Learn to Recognize It

First, it’s key you understand what passive-aggressive means, so you can begin to recognize it and call it out.

Passive-aggressive behavior is the roundabout expression of negative feelings.

Roundabout and negative are the keywords here.

People who deal as masters in this behavior don’t approach things head-on. It's a very indirect way of communicating.

And they are these sergeants of suspicion. They’re always looking to poke a hole--many holes--in your ideas. They are leery of almost everything and everyone. The glass isn’t half-empty; it was never full to begin with.

A passive-aggressive employee may say one thing to your face and then turn around and act in a completely opposite manner.

For example, in a meeting, she may excitedly embrace an idea and say, "I love this! Amazing idea!" Or say, "Yes, I will reach out to that department and organize the next steps. Absolutely." However, when the rubber meets the road, she will take little or no action. Or worse, she will start bad-mouthing the project. Rather than telling you directly why she doesn’t agree with your idea, she tells you she's on board, and then she expresses her true negative feelings by not doing the work required to fulfill her part of the task.

Roundabout and negative. Look for these two descriptors when identifying passive-aggressive behavior.

While very tempting, one of the worst things you can do is mirror the behavior.

For example, when someone smiles at you, it is fairly hard not smile back. Someone waves to us and we oftentimes just wave back, even if we don’t know the person. If you and I are talking and you raise your voice to me, I raise it back. It's a natural, almost automatic reaction. We don’t even think about it.

It is so tempting to feel the effects of passive-aggressive conduct and in return, repeat it back: you do it to me and I will do it back to you!

Get off the playground and back into the conference room.

Tit for tat increases the current level of inactivity as two people stand, figuratively, with their hands on their hips, refusing to budge.

Rise above it and focus on your team's goals and your personal goals.

Remember that as a manager, you are under a microscope every day. When you choose to exhibit passive-aggressive behavior, it sends the signal to your direct reports that the actions are warranted: you end up endorsing bad behavior, which is the last thing I know you want to do.

It’s vital you are seen as a leader who expects your team to do the work they say they’ll do. It’s risky to be seen as tolerating a team member who isn’t completing their part of a project.

I wish it were as simple as telling someone, “Passive-aggressive behavior is wrong, so don’t do it.” But it’s not.

You need to call the person on her actions, share examples, and coach her to change her behavior.

In this conversation, you need to take these steps:

Here is a sample to consider as you plan discussions:

Molly, I have noticed that you tend to agree to take on a project, very readily. No complaints or questions. Your words and body language tell me that you are eager to do the work.

However, when it's time for execution, time for you to get the work done, I have noticed several examples of your failing to take steps in a timely manner. I remind you, many times, and your peers do the same. You also complain about the work as you get into it. A recent example is the white paper research for sales team from last month.

I feel it took a lot of effort for you to complete a task that you agreed to do--without hesitation. I feel as if you were unhappy doing the work, yet when I asked you about it, you claimed you were fine. Then, the next day, I heard you complaining about the project to one of your peers, as I walked down the hall.

So, I’m getting a mixed message.

This behavior doesn't help us get done what is on our plate. It also doesn’t give you an opportunity to show what you’re great at.

Let’s talk about your ideas on what to do differently.

As you read this sample, remember it is just that: a suggestion of what you could say. Right now, it is one sided, as I haven’t included what the employee might be saying in response to her manager’s thoughts.

Your conversations will be a dialogue. It will be a conversation between you and a team member about emotional reactions they have--but don’t openly express--about projects, topics, maybe even people.

Notice that I didn't specifically call out the actions as passive-aggressive. I avoided doing that because people tend to react negatively and defensively when being labeled as such.

More important than labeling the behavior is recognizing it and knowing what to do instead.

Continuing the example, you could say something like this:

If you disagree with an idea, please share your opinion openly vs. doing in an indirect way--by avoiding the work that needs to get done. Instead of procrastinating, come to me and explain your position and your concerns.

I can't help you unless I know what you don't like or oppose.

Right now, all I know is that the way you are demonstrating your opinion is not productive and I want it to change.

What are your thoughts?

Your Help as a Coach is Key

Most people don’t aim to grow up and be labeled as passive-aggressive. They just do what is most familiar. They do what they have practiced most often.

When coaching your team members around this behavior, you let them know that their behavior isn’t appropriate. Then, you work on the most important step.

You express that you are here to help them consider what to do instead.

You share ideas and brainstorm about how they can change what they say and what they do with their body to better demonstrate off their strengths and how they can help the team. I don’t know your grumbling, naysayer team member, but I’ve met a lot of them. They want to do good work and they care. How they express themselves is far from ideal. You can help them.

Get Our Free Ebook: Breaking Down Managing Up

It's your job to know.

Learn this fundamental skill nobody taught you—but that make or break a workplace with this easy to use PDF.

Walk away with new skills in thirty minutes that you can use at the office tomorrow. 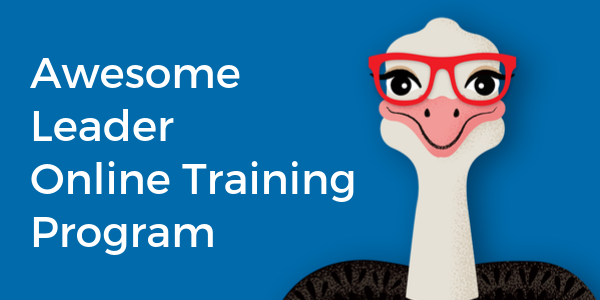 Lead with grace and grit . . . and make it look easy.
We help leaders learn what to do and when to do it so they can handle anything. 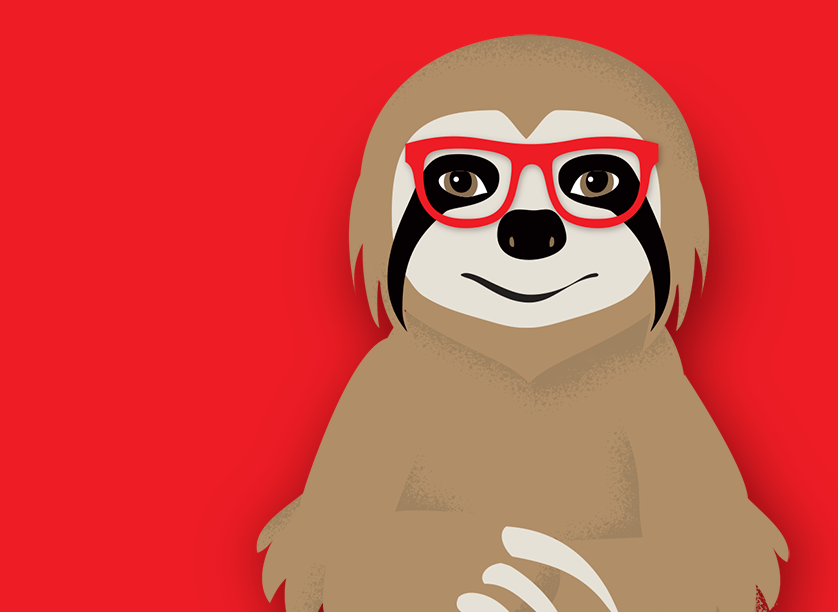 Get the free ebook here

Sign up below to get email notifications when I publish new posts that can help you lead with ease.

And get a copy of the free ebook: Breaking Down Managing Up - In 30 Minutes.

And don't worry, you can unsubscribe anytime you like.